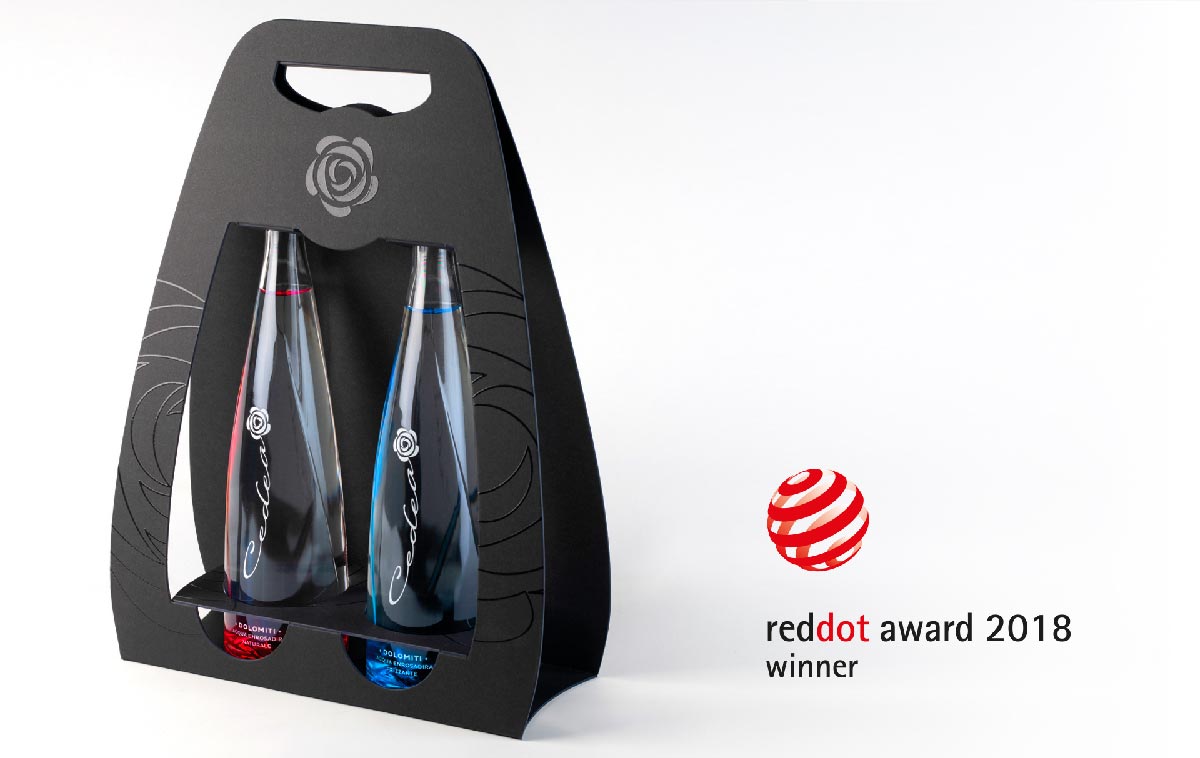 Cedea earnes one of the global highest design recognitions for the high quality of its packaging: the Red Dot Award.

In Berlin, Cedea has been awarded the Red Dot Global Award for the excellence and uniqueness of its design. The Red Dot, possibly the most wanted award in design, is earned thanks to the exclusive features of the Cedea glass bottle. The Dolomites’ world class mineral water is harvested in fact in its celebrated world class design bottle.

The peculiar colour glare generated by the carved and intensely coloured bottom, resembling the Dolomites’ phenomenon Enrosadira, has given Cedea the highest certified aesthetic value, recognised worldwide. Cedea CEO Lizio Rizzi and his team attended the Prize international event, held at the magnificent Konzerthouse of Berlin.