HomeEvents Awards Tasting Cedea is Winner at the Tastings of America 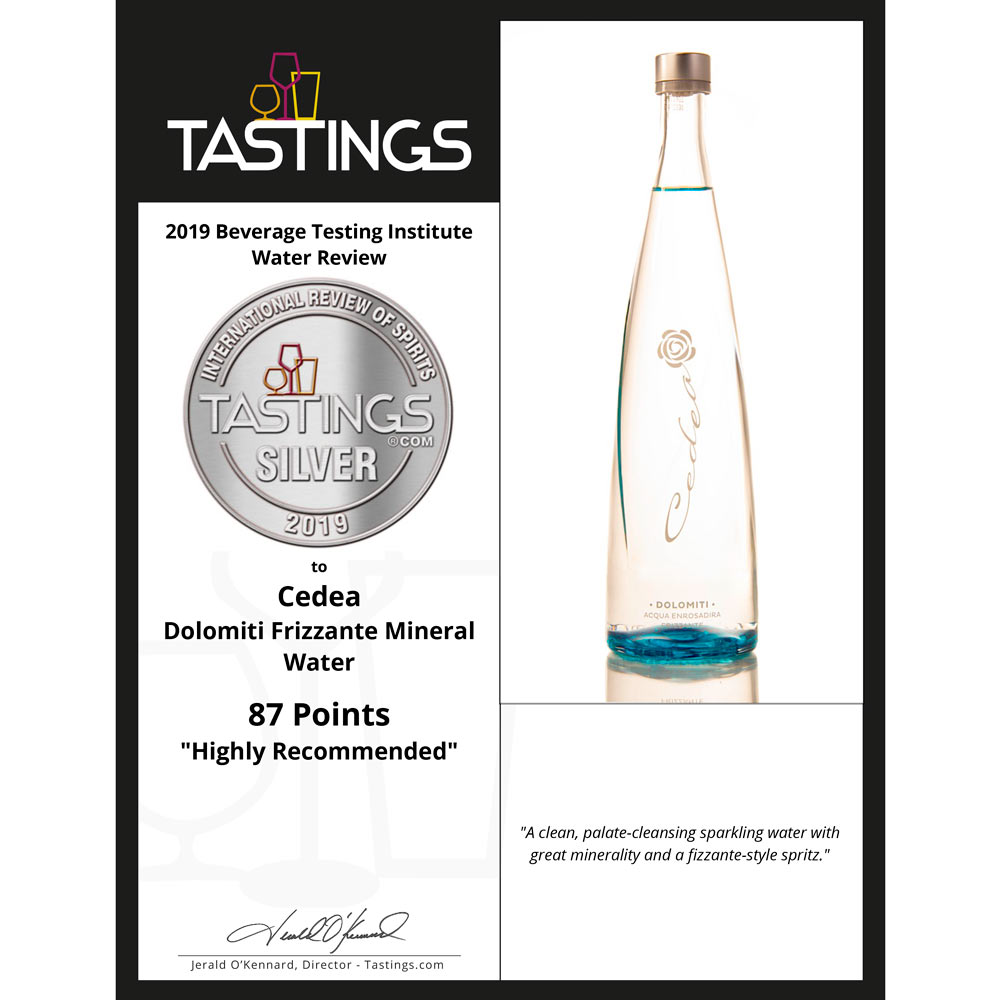 Cedea has been awarded by the American Society of Testing at the Tastings competition, in the Sparkling Waters category.

Tastings, powered by the Beverage Testing Institute, was founded in 1981 with the goal of producing fair, impartial wine reviews for consumers. Since then, the Tastings expanded to include beers, spirits and waters. Tastings is an authoritative, independent product rating and review company that provides beverage buying guides and education for consumers and the trade. It’s a certified member of the American Society of Testing and Materials. Over the years, their reviews have appeared in many prestigious publications internationally.

In this year 2019 worldwide competition, the Tastings has awarded Cedea sparkling mineral water with the Silver Medal, as one of the only three sparkling waters awarded.
This prestigious award comes after another global taste prize, achieved with the Fine Water Society.